Hedge apples are often described as “nature’s miracle cancer cure” and advertised as a way to stop the growth of cancer cells. But is there any truth to these claims?

The name might be strange, but that’s not all that bad for this fruit. If you have read many articles on the internet, you probably have heard of this fruit before.

The use of hedge apples for medicinal purposes started hundreds of years ago by Native Americans who found them growing wild along their tribes’ hunting grounds.

In this article, we will learn about the truth behind hedge apples. We will examine what it is and its various uses.

Hedge apples are not a cure-all and contain no magical powers. Although hedge apples are a great source of antioxidants, no studies prove they cure cancer.

They have been used as an herbal remedy for centuries, but because there is no scientific evidence to back this up, it does not have any credibility.

What Are Hedge Apples?

Hedge apple is a fruit of a plant called Osage orange. It is called by many names, including Osage orange, horse apple, Bois D’arc (French), bodark (English), hedge ball, and bow-wood (English).

Hedge apples belong to the genus “Maclura pomifera.” They are native to North America and used extensively in folk medicine. They have a reminiscent fragrant smell of oranges.

This famous tree produces small, round green fruit. They’re roughly the size of a baseball and are bright yellow on the inside when ripe. They usually ripen in September and October and fall to the ground.

Although not poisonous, people don’t often eat it because of its complex and dry texture.

It also has an unpleasant taste; Its somewhat bitter taste makes it unpalatable for most people, but the fruit attracts some but not all animals who consume it from sidewalks and yards across America.

Osage oranges typically grow throughout the north-central U.S. (Eastern Texas, Southeastern Oklahoma, and Southeastern Arkansas) and range from 3 to 5 inches in diameter.

If you’ve ever been around a hedge apple tree, you might have noticed the distinctive smell. This fruit got its name from the smell to which it gives off. An astringent fruit with a tough rind, this is one of the most unusual plants you can find growing on your property.

So what makes hedge apples so unique?

Below we take a look at some ways you can use Hedge Apples;

However, large concentrations are needed to repel insects effectively.

Hedge apples have a long history of folk medicine use. For centuries, indigenous tribes in North America have used them for medicinal purposes.

The plant has been a folk remedy for arthritis and other inflammatory joint diseases such as gout. But what many don’t know is that the seeds of this fruit can be used to treat cancerous tumors in human beings.

There’s an entire community of people who promote the health benefits of hedge apples. And they insist that hedge apples prevent and treat cancer.

It turns out that hedge apples can be a powerful tool for preventing cancer. The key is to consume them every day.

Cancer is a severe disease. It’s also costly to treat, and in the United States, it’s the most costly disease to treat.

In an attempt to reduce these costs, several scientists have been working on developing alternative ways of curing cancer.

Cancer is caused by genetic mutations when cells divide too quickly or don’t die appropriately.

It is a leading cause of death worldwide. There are over 100 distinct forms of cancer, each with its own set of risk factors and symptoms.

And while we’ve made incredible advances in the treatment of cancer, it remains a leading cause of death.

It is projected that two in every five people(one in two males and one in every three females) will acquire cancer throughout their lives.

There were about 19 million cancer cases in 2020, with an estimate of about 10 million deaths. Many of these people can use all the help they can get.

The first step in winning a battle against this vicious disease is informing yourself of the most common causes of cancer.

Cancer is a disease that can affect anyone, but according to the American Cancer Society, certain risk factors increase your chances of getting cancer. Each one of these causes is treatable either through prevention or early detection

The five most common causes of cancer are:

1. Smoking And Use Of Tobacco

Smoking is one of the most significant contributors to cancer deaths worldwide. This is especially true for smokers who also drink alcohol.

Combining these two substances will dramatically increase a person’s chance of developing cancer.

2. Obesity and Lack of physical activity

People who are overweight have a significantly higher risk of developing cancer. Being obese can more than double your risk for cancer and increase your chances of other diseases like diabetes and heart disease.

It’s worth noting that some cancers are more common among obese people, such as colon and uterine cancers, while others like breast cancer are less frequent among those who are obese.

Alcohol is one of the significant causes of cancer. When a person drinks alcohol, the liver and other tissues that break down harmful chemicals in the body are stressed to handle the extra workload.

4. Exposure To The Sun’s Harmful UV Rays And Other Types Of Radiation

This is the fourth leading cause of cancer globally. UV ray exposure can lead to skin cancer, such as basal and squamous cell carcinomas. It can also lead to melanoma, the most severe form of skin cancer.

The best way to protect yourself from sun damage is by using sunscreen with at least an SPF 30 every day when you’re outside. If you’re spending a lot of time outdoors, wear protective clothing.

It’s important to avoid direct exposure to the sun as much as possible, which means wearing long-sleeved shirts and hats.

Viruses can infect almost any cell and generally cause severe damage to the cell. However, there are some cases where the virus is utterly harmless to the host cell and replicates.

Hedge apples have a long history of being medicinally helpful, but there is no hard evidence that these fruits can cure cancer. Despite this, hedge apples are still widely used for treating a variety of ailments.

Through the years, the fact that hedge apples can do what it is claimed to do has been exaggerated and only confuses people further.

If you are looking for natural remedies to boost your immune system and stay healthy, try making a homemade tincture using other scientifically proven ingredients instead! 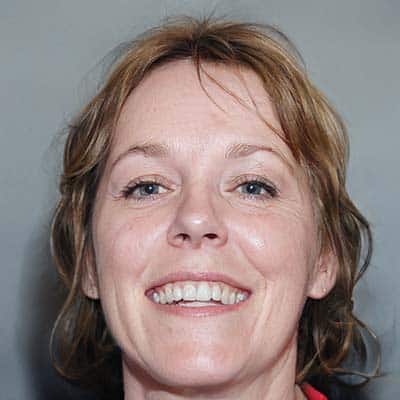