Are you a binge-watcher who uses VPN to stream content from different countries and geo-restricted platforms? If yes, then it is possible that you are familiar with having some kind of issues regarding your VPNs not working with streaming platforms.

Popular streaming services like Netflix, HBO Max, Amazon Prime, Hulu, and many others don’t want the audience to reach their content using a VPN. That is why they restrict their service or, on detecting a VPN, they block you entirely.

Like, Disney Plus Hotstar in USA won’t work without a VPN, but if you are using a free VPN instead of a premium service, it’s likely to be detected by Disney’s firewall, and it will block your access. Here comes the question; how do these streaming services even know if someone is using a VPN? Let’s break down what we know about this in this guide.

Well, the only right answer regarding this matter can be given by the streaming services officials themselves, and unsurprisingly, they have yet to uncover this piece of information even upon asking. However, many of the VPN providers have made some educated guesses about how and why their VPN connections are getting blocked.

Most of the VPN providers concede upon the fact that there are only specific IP addresses that get blocked by the streaming services that are kindred with VPNs.

There are many ways to create a list of these VPN-kindred IP addresses. Most of the VPN services also agree that it is also a good possibility that these streaming services are using some special kind of IP databases to do this like IPQualityScore and IP2Location. These IP databases track the IP addresses that are being used by proxies or VPNs.

This difference comes to our attention as all of the IP addresses that we use with a VPN are not created in the same manner. Some of these IPs are linked with regular people’s houses and that is why they are called the name “residential.” Others IPs may be associated with a company or some hosting providers.

Now the question that stays unanswered is how these IP databases differentiate between these IP addresses as it is still a mystery. However, it is claimed by the Streaming services that they use a special algorithm, meanwhile, the assumption is that they are more likely to dig out the public IP registrars.

Whatever method it may be that these streaming services are using, it is proving quite effective in blocking and preventing people who are trying to access content using a VPN address for online streaming.

All VPN services that we rely upon for our source research think that it is highly unlikely that a streaming service only relies on these IP databases. There is also a possibility that they inspect and keep a check on their traffic by using some other methods to find out if an active IP address is suspicious.

Additionally, another source has pointed out two more ways that streaming services could possibly be used to identify the VPN traffic that is not the upstream analysis or tracking IP addresses.

When a person uses a VPN, they are not only hiding their actual IP address but also changing the DNS server data information to match their IP address. DNS is the system that is responsible for connecting domain names with IP addresses. However, a streaming service can potentially reverse the user’s DNS settings they are using, which as a result, will disclose where they are actually using the service.

It is unclear yet exactly how this can be done by the streaming platforms—one tiny possibility on how they do this is by forcing your DNS over the HTTPS in any service’s device app instead of their website—the outcome of a streaming service identifying a VPN IP address is always same: the service get to know where you are really living and then blocks your access.

Another possible way that the streaming platforms could be using the GPS data that is collected from users’ mobile apps or web browsers (if the location access is enabled) and checking if it matches your IP address or not. For instance, if your mobile phone’s GPS data shows that you are connecting to the streaming service through a USA-based IP location, but on the other hand, your GPS information shows you are located in the UK, it is highly possible that you will get blocked.

Although it may seem a bit too basic and dystopian, it is certainly a potential possibility to consider. Many VPN providers and experts reckon that Hulu uses this method of using GPS information and is double-checking the users’ location. The legitimacy of this method is not clear, but this is what happens when you get tracked by streaming services.

Right now, using a VPN to stream geo-restricted content will work pretty well, but there is no guarantee that it will stay the same tomorrow. Even though we don’t know how they find out if a user is using a VPN service, there is no question about streaming platforms being bent on preventing their users from using a VPN.

Previous articleHow To Find The Most Suitable Glasses Frames?
Next articleHow Oil And Gas Companies Can Improve ESP Efficiency 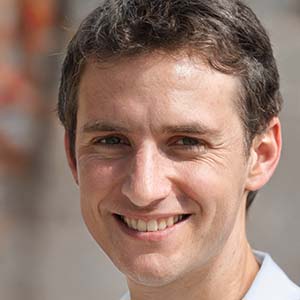 Top Engagement Gift Ideas For Him & Her

Engagements are some of the most celebrated occasions. The...